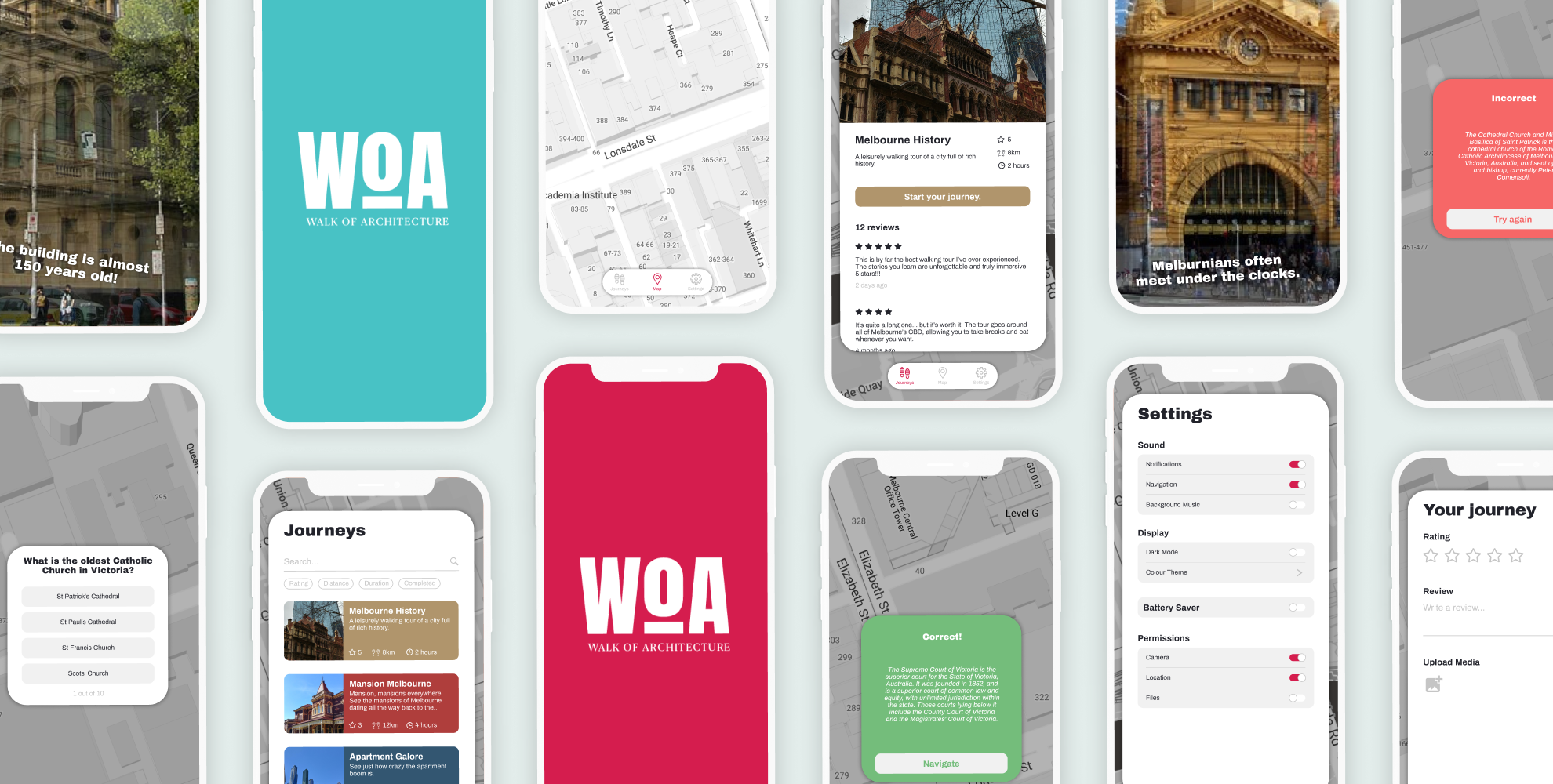 Tasked with developing a hybrid web app for an interactive walking tour experience, Walk of Architecture came to fruition to showcase Melbourne’s rich architectural history dating back to 1845. Not only will users learn about Melbourne's history and architecture, they will be tested on their knowledge of Melbourne to navigate to the locations while also being guided through the app.

The target market included individuals or small groups, all genders, young adults between the ages of 18-32, living primarily in Metropolitan Melbourne or regional Victoria, low-high socioeconomic status, a curious mind and have a relatively active lifestyle. There is an assumption that the audience has pre-existing knowledge about Melbourne, possessing a basic understanding of the city’s landmarks, streets and culture as this will help users answer the quiz, although it won't be detrimental using the app without this knowledge.

The following objectives were determined:

Tours would involve a quiz using either riddles, clues or questions in the form of text, audio, images or videos to guide users to the next destination, in some cases, users may have to input answers into the app to confirm the location or select the correct answer from a range of answers. When users arrive at a location, they will be given short stories or facts. In addition, through augmented reality, they will be supported with imagery which could include ‘before’ photos that can be overlaid onto the present day through the phone’s camera. At applicable locations, users will also be notified of extra activities they could participate in, e.g. Eureka Skydeck, guided tours, concerts etc.

‍
‍
A high-fidelity prototype was developed in Figma to conduct user testing prior to developing the hybrid web app. User testing was conducted with users between the ages of 19-28, with a good to excellent understanding of technology, all with an interest in design and with varying interests in architecture. This was also the first time using Figma's Smart Animate, resulting in some lag and frustrated users when switching between screens.

Users were instructed to complete 4 tasks:

Through the user testing, the following Issues were identified:

The next stage involved developing the app as a hybrid web app by using jQuery and integrating Mapbox for geolocation features. The video below demonstrates the hybrid web app in use. 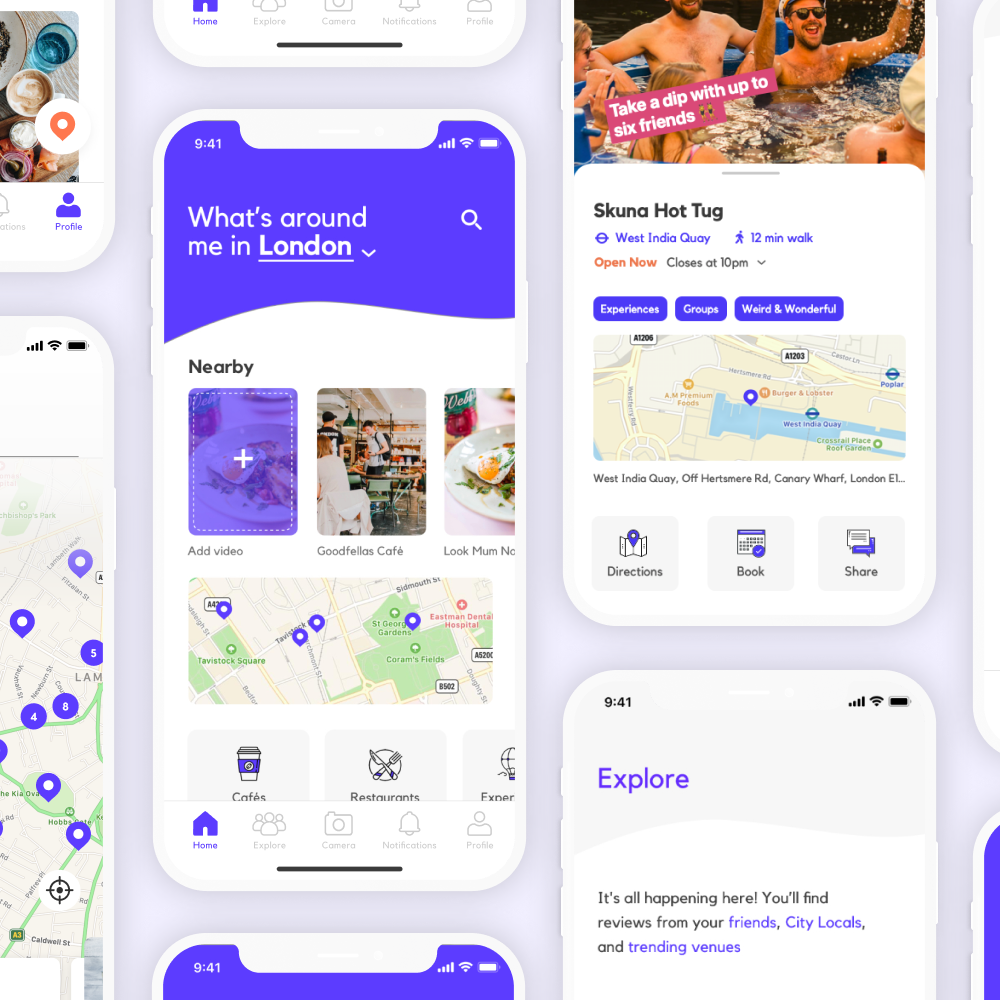 Hollabox is an app focused on user-generated videos of experiences around the world. 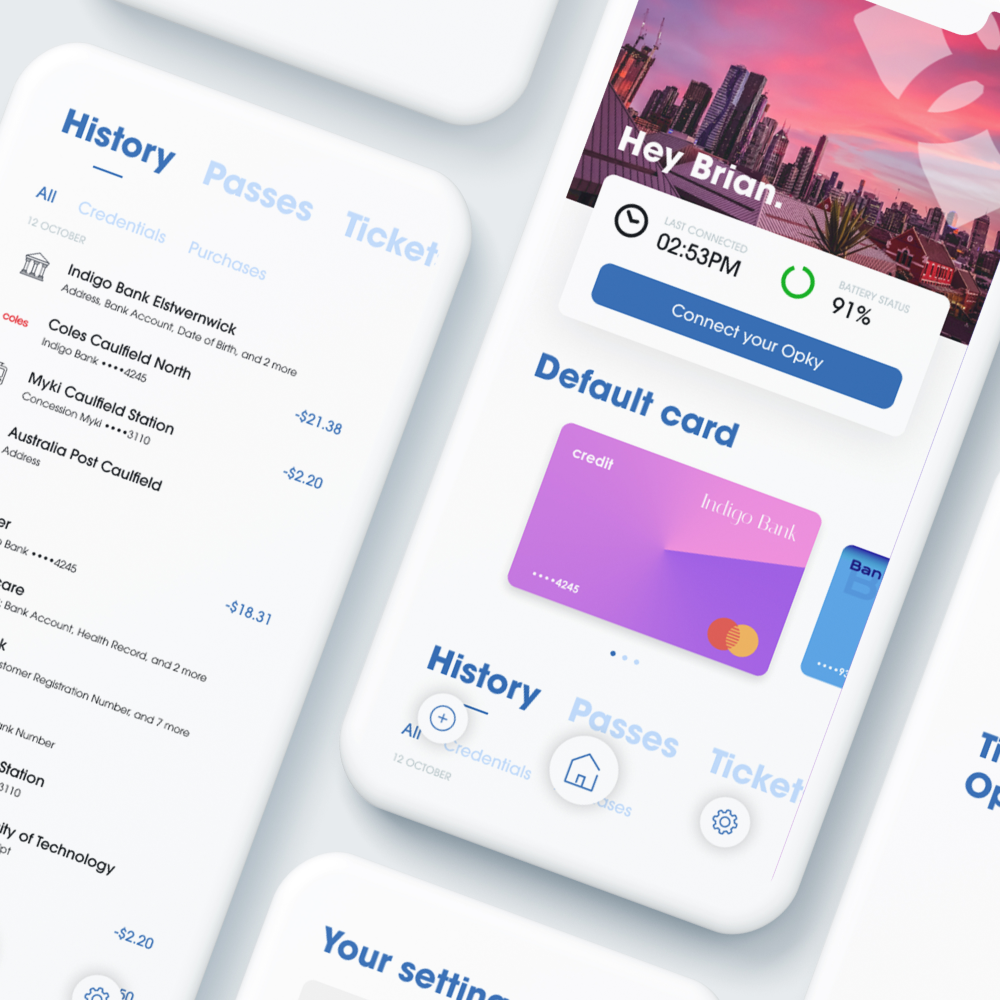 Opky is a concept proposal exploring both physical and digital ways on how to implement a Melbourne Wallet.